Addressing the Types of Developmental Delays 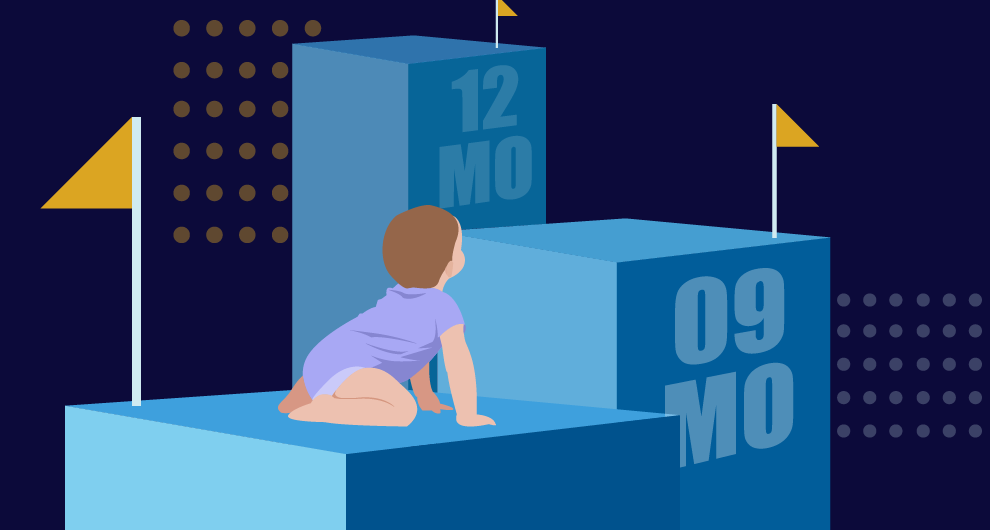 Children progress at their own pace through developmental milestones. It’s not uncommon for a child to be a little behind others of a similar age in hitting these milestones. They usually catch up after a while.

A developmental delay is when a child is consistently behind peers in reaching milestones in an area of development.

There is ongoing research to identify risk factors of developmental delays. Some of the ones we already know are:

Here is a closer look at each of the four major groups of developmental delays.

A child with a cognitive developmental delay may have trouble following simple instructions. They may also have difficulty speaking, as well as imitating words and actions. Playing and communicating with others may prove to be a challenge. They may lack the level of awareness and curiosity seen in similarly aged children. They may display an inability to remember things and seem to not understand what common items, such as a spoon, are used for.

Sensorimotor delays may affect a child’s gross and fine motor skills. A child’s ability to process sensory information may also be affected.

Gross motor skills are performed by large muscles in the body. As such, a sensorimotor delay that affects gross motor skills might result in infants having difficulty rolling over, holding their head up, or crawling. For an older child, it can interfere with how they walk, make their way up and down stairs, throw a ball, or run.

Delays in fine motor skill development mostly affect the muscles of the fingers. A child with this kind of delay may have difficulty writing, picking up small objects, holding a spoon, or tying their shoes, for example.

The child may have generally stiff and limited movements in the arms and legs. Additionally, a child who does not follow objects with both eyes or respond to loud sounds may have a sensorimotor delay.

A child with socioemotional delays may have difficulty understanding social cues, starting or carrying on conversations, or coping with change or frustration.

Furthermore, a child may be unable to cope with socially and emotionally demanding situations. This may lead to extended tantrums with the child being unable to self-regulate and calm down.

Parents may notice a potential socioemotional delay when an infant does not point or does not return their waves, smiles, or other gestures. Their child may be frightened by new faces or seem indifferent to those around them — another possible sign.

Caregivers of a child with an attachment disorder are shown ways to build attachment. Other interventions for helping a child with socioemotional developmental disorders include:

Medication may also be used to treat socioemotional developmental disorders. This is usually reserved for cases where the child displays problematic behaviors.

Speech and language delays can affect a child’s ability to communicate with and understand others.

Difficulty understanding words or concepts may be a sign of a speech and language delay. Other signs include reduced vocabulary and sentence complexity. So, too, is the inability to express their own thoughts.

Parents may notice that an infant does not babble or talk. An older child may be slow to create sentences and may only imitate speech they hear and not say words on their own. Weakness in the muscles of the mouth may interfere with the physical actions of speech. So, too, does difficulty moving the tongue or jaw.

Treatment is most often preceded by an evaluation conducted by a speech-language pathologist. They may check the child’s hearing, as well as their receptive and expressive language. Intervention is usually in the form of speech and language therapy. Parents may be given specific exercises or steps to practice with their child at home.

Developmental delays may be temporary. In such instances, the child “catches up” and displays age-appropriate development and learning. But, a delay may be a marker for a long-term condition, such as a disorder or disability.

Early intervention is the key, in either case. It helps a child with a delay reach their highest level of functioning in a developmental area.

Understandably, parents may find it difficult to navigate all of this on their own. This makes ECCM”s Early Intervention Service Coordination a valuable and welcomed asset.

Reach out to ECCM today. We can help you access the early intervention services you and your child need.