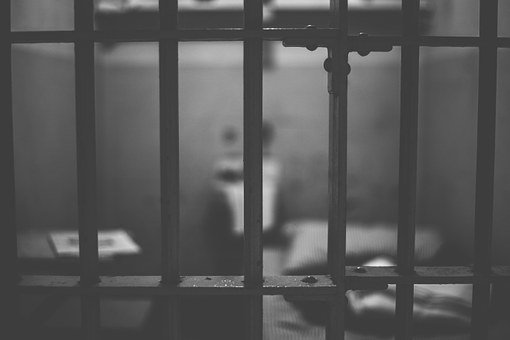 Is it a crime to be mentally ill? Statistics show that individuals with mental illnesses are over four times more likely to be arrested for minor offenses — trespassing, disorderly conduct, simple possession — than their mentally sound counterparts. Many of today’s prisons have become de facto psychiatric facilities, trying but often failing to keep with the special needs of their inmate patients. As a result, many of these inmates end up either staying in jail longer or being rearrested. The strong correlation between mental illness and homelessness is a byproduct of untreated or undertreated persons not receiving proper care and having no place to go.

When did mental illness become a crime?

A movement toward deinstitutionalization was supposed to replace state-run asylums with a national network of behavioral health centers — except it never happened, at least not as originally intended. The treatment options for mentally ill inmates became more humane and more varied, but without the resources to administer treatment and ease reintegration into society, the prison system was left to pick up the slack.

In 1971, President Richard Nixon escalated the War on Drugs, significantly impacting arrest rates and, in turn, the prison population. In a recent study conducted by the Vera Institute of Justice, an estimated 72 percent of inmates with serious mental illnesses had reportedly been abusing substances in an attempt to cope with their conditions. Especially troubling was the increase in arrest rates for simple possession of substances like marijuana, placing a tremendous burden on the prison system.

The defunding of social programs that assisted at-risk persons led to an increase in the homeless population, many of them grappling with mental illness. According to the National Institute of Mental Health (NIMH), in 1988, it was estimated that between 125,000 and 300,000 mentally ill persons were thought to be homeless. In addition to that number, 120,000 were said to be hospitalized, 381,000 were in nursing homes, and between 175,000 and 300,000 were living in board-and-care homes.

Prison overpopulation and homelessness are systemic issues that can be mitigated by allowing mentally ill individuals access to the services they need. Erie County Care Management’s forensic case management program works to connect mentally ill persons, whose offenses could have been avoided had they been treated, with the necessary supports to break the incarceration cycle. ECCM’s homeless behavioral health program links individuals with serious mental illnesses with the resources to stabilize, rehabilitate, and realize a more dignified living arrangement and quality of life.